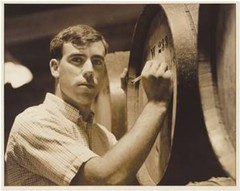 M is a rare, single-vineyard, wine crafted from a mountain vineyard high atop Atlas Peak in the Napa Valley. The vineyard, named Animo, which means “soul” or “spirit” in Italian, was originally planted by Michael in the early 1990’s. In the family's experience, some vineyards have it, and some don't - a pervading spirit that presents the opportunity of producing something that is truly exceptional. An experienced vintner recognizes that dormant energy of such a site before it has even been planted, its potential evident in the raw material, from the soil to the curvature of the land and sun exposures. Michael Mondavi sensed the potential of Animo at first sight and he decided that when the vineyard was ready, it would someday be used to make his signature wine.

The Animo Vineyard is planted to primarily Cabernet Sauvignon vines in relatively uniform rocky, volcanic soils infused with red streaks of iron. The vines climb from an elevation of 1,270 to 1,350 feet on the slope of Atlas Peak, overlooking Napa Valley. At this elevation, the grapes enjoy a protracted growing season, and harvest generally extends well into October. Variations in elevation and sun exposure require numerous picking passes at harvest time. The attention paid to each individual vine is reflected in the quality of the finished wine.

Recognizing the special potential of this unique terroir, Stylistically, M is reminiscent of the Cabernets that Michael made in the late 1960s and early 1970s when he worked as head winemaker at Robert Mondavi winery. reflects Michael’s vision for a great wine – complex and subtle, made to be enjoyed with a meal, revealing itself slowly over time, and inviting you back for a second glass.  While Cabernet Sauvignon makes up the majority of the wine’s blend each year, other varieties like Merlot, Cabernet Franc, Petit Verdot and Malbec are layered in to add more complexity and richness to the wine.

The key to M’s balance is the careful fruit selection, with countless hours spent walking the vineyard rows and picking small lot parcels based on flavor - the actual harvest can easily exceed a dozen different pickings so as to not compromise on any aspect of fruit quality.

After fermentation, the wine spends 22 months in French oak. From a selection of over 120 barrels, Michael tastes each barrel and chooses only the very best for M, declassifying the rest. The result is approximate 30 barrels of beautifully balanced Cabernet, capable of gracefully aging for decades.

The striking silkscreen label on the M bottle was designed by former Gucci designer, Karen Joyce. The image represents an artistic interpretation of the vineyard roots and soil, symbolizing the unique terroir of Animo and its influence on the wine inside the bottle.