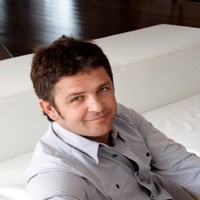 If anyone embodies the promise and spirit of “The New Spain”, it is Alvaro Palacios. Born into a wine family in Rioja, he now makes wine in three different viticultural areas: Priorat, Bierzo, and his hometown of Alfaro in Eastern Rioja.

Alvaro’s flagship Priorat wine, L’Ermita, is widely considered one of the most important Spanish wines. Following his great successes in Priorat and Bierzo during the 1990s, and the death of his father in 2000, Palacios assumed responsibility for the family’s property and winery in Rioja. His passion, experience and perfectionist character injected new energy into this historic estate, and in very short time Alvaro redefined the estate’s winemaking and viticultural practices. He lowered grape yields dramatically, with the goal of creating far superior wines from the vineyards his father had planted in the 1980s, and other selected mature vineyards.

Palacios focused his efforts on the Crianza, La Montesa, a Garnacha-based blend from south-facing vineyards grown on the lower slopes of the Yerga mountain range, in pebble and clay soils. In the best vintages, Palacios also makes a top wine, Propiedad, a departure from his father’s use of traditional designations Reserva and Gran Reserva. The estate’s only white wine, Plácet, is made in small quantities from 100% barrel-fermented Viura, planted on the estate in 1989. The final wine, La Vendimia, with its eye-catching, contemporary label, is a fresh, fruit-driven value wine made from Tempranillo and Garnacha.

Palacios is committed to honoring his father’s memory by taking the estate’s quality to new heights, as evidenced by the suberb recent vintages. Under his inspired leadership, Palacios Remondo is now a rising star of Rioja.