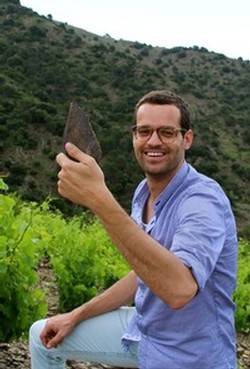 From its founding in the early 1990s, by famed Spanish singer Lluís Llach and notary Enric Costa, Vall Llach winemaking has been governed by a commitment to rigor and quality. The winery lies in the tiny village of Porerra, in southern Catalonia, in the highly-acclaimed D.O.Q. Priorat. Here, the magnificent century-old vineyard estates of Vall Llach are home to 60- to 90-year-old Cariñena and Garnacha vines.

Vall Llach, the winery’s flagship wine, is a blend of Cariñena, Merlot and Cabernet Sauvignon with deep cherry color and aromas of dark fruit, dried herbs, and spice supported by a ripe yet delicate tannin structure. Both the 2000 and 2001 vintages received 96 points from Robert Parker, and the 2001 vintage was one of ten wines selected by The Wine Spectator for the Spain Superstars tasting at the 2006 California Wine Experience. Idus de Vall Llach is a blend of Cariñena, Merlot, Cabernet Sauvignon, Garnacha and Syrah. A focus on old-vine fruit imparts earthy aromas and hints of licorice and chocolate-covered cherries that carry all the way through the lengthy finish. Embruix de Vall Llach, a blend of Garnacha, Cariñena, Syrah, Cabernet Sauvignon and Merlot, has mature red and black fruit aromas accented by a range of toasty notes, including freshly roasted coffee.

The staggering slate slopes of the vineyard estates of Vall Llach demand hands-on vineyard techniques, ensuring that everyone involved in the winemaking process knows the vines intimately. Wines are crafted at La Final, which is both the oldest building in the town of Porrera as well as the region’s oldest winemaking facility. At historic La Final, the wines of Vall Llach receive the best combination of age-old tradition and contemporary innovation.