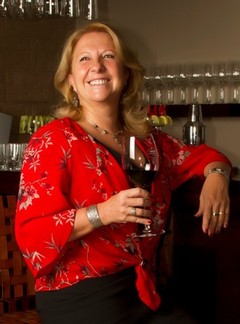 Susana Balbo graduated from Don Bosco University in Mendoza in 1981 and established herself as Argentina’s first female enologist and, since then, has been considered one of Argentina’s top winemakers. Three times her industry peers elected her to the Presidency of Wines of Argentina because of her work ethic, innovative winemaking techniques and dedication to the worldwide success of Argentine wine.

After working for twenty years as a consulting winemaker, Susana founded her own brand in 2000. In 2001, she broke ground for her winery in Agrelo in the Luj.n de Cuyo district of Mendoza. There, she makes her Susana Balbo “Signature” line of wines, as well as wines under the Crios, Nosotros and BenMarco labels. Her winemaking approach for the wines that bear her name is to seamlessly apply her human touch and enhance the grape’s innate character.

Over several decades of winemaking in Argentina, Susana has earned a reputation for a pioneering spirit and innovation. She is known for experimenting with various barrel sizes and aging regimens, fermentation of wine in egg-shaped concrete fermenters, and wild yeast fermentations. The Wine Advocate’s Luis Gutierrez dubbed her groundbreaking barrel-fermented Torront.s one of the “10 Argentine Wines to Drink before You Die.”